Plasma-Laurentides is dedicated to the same goals as the Keshe Foundation:

WE ARE HERE TO SERVE.

This article describes the Keshe Foundation and its work.

The Keshe Foundation is a non-profit, independent, non-religious organization founded by Iranian nuclear engineer Mehran Tavakoli Keshe.
The Keshe Foundation promotes Plasma science and technology to solve global problems and revolutionize all areas of our lives: ecological, economic, social and spiritual.
Plasma science helps humanity to finally understand the creation and functioning of the Universe. In its evolution, it can attain the ethics of the Universal Community – the freedom and responsibility to be the guardian of our planet Earth.

Imagine a technology that can not only help you find the roots of your diseases and treat them, but can also balance your physical and emotional body!
Plasma technologies for health, do not cure diseases, they treat conditions. Treatment consists in transforming the internal environment of the body – from an unbalanced state to a balanced state. A balanced environment does not allow diseases to exist. Plasma technology allows you to achieve complete emotional and physical balance in the relatively short term.

Conventional science maintains that everything we cannot measure does not exist. And this is what created the schism between science and spirituality. Plasma science goes beyond this separation to connect the two worlds.
It makes us understand that Man and God are only two sides of the same coin. God is not a separate entity outside us, but He is our essence, our soul. This same soul is at the center of all entities, animated or not; it binds us to everything, it makes us ONE.
Once we release our true potential as Creators, we could use that knowledge to use our true path – a life of beauty, abundance and wonder, knowing that we can manifest all that we desire through unconditional love.
The entire universe is a vast hypercomplex network of giving magnetic fields and receiving gravitational fields. In this perpetual exchange, we assimilate the fields we need and issue the fields we do not need. 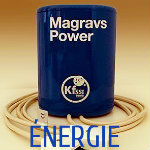 To produce energy, contemporary systems heat water to create steam that turns turbines, which in turn turns a generator. These systems create an enormous burden on the environment; the same is true for hydroelectric dams.

With Magrav technology (for Ma-gnetics and grav-itationnel), there will be no more waste or lack of energy. The Keshe Foundation has developed devices that tap into the unlimited resource of universal plasma energy. This energy is then converted into conventional energy – electricity. Energy can neither be created nor destroyed, it can only be converted from one form to another. The same energy that moves the planets around the sun, fuels stars and causes galaxies to expand, is the new CLEAN and inexhaustible ENERGY. 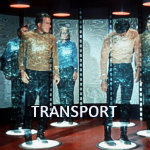 Conventional means of transport are also more polluting than efficient. Vehicles powered by Magrav technology will be able to position themselves relative to the Magrav fields of the earth. They can levitate and move using a simple system the size of a microwave oven. The same propulsion system also functions as a shield against the elements or obstacles. Thus public transport will be able to redefine itself by using the fields created by plasma reactors of the Keshe Foundation.

Space technology, developed at the Keshe Foundation’s Space Ship Institute (KFSSI), will enable humanity to rise in the Universal Community. It gives us the means to live peacefully anywhere in the universe. Spacecraft are dynamic, they are configured according to the size of the crew. The ship will be driven and mentally controlled, by the driver’s thoughts.
During space travel, the spaceship replicates the Earth’s gravitational field through the Magravs’ plasma to protect its crew and allow them to function as on Earth.
Are you ready to become a space explorer… today?

Plasma Science gives us hope for our ecosystem that is on the verge of annihilation. The Keshe Foundation has developed pollution control systems for chemical and nuclear spills. A Keshe plasma reactor absorbs pollution by neutralizing its energy and converting it into inert matter.
The same technology allows us to transform the CO2 emitted by exhaust pipes from cars and factories into clean, pure carbon water.
This technology allows us to quickly and profitably decontaminate water, air and land – our environment will become cleaner, brighter and more welcoming for everyone. 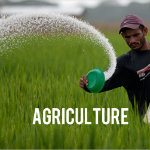 Contrary to what conventional teachings have taught us, plants grow by their interactions with the plasma fields around them and do not absorb chemicals by their roots. Plasma environmental treatment allows us to produce healthier and cheaper food, while improving the environment. The farms of the future will be both food producers and environmental stewards.
Plants will be healthier with greater resistance against diseases and insects. Fruits and vegetables will have a longer shelf life. Plasma can also extend growing seasons. On animal experimentation, we have observed an improvement in their general health, which reduces the need to absorb antibiotics.

KFSSI does not use conventional and hierarchical means of education; teachers guide and enlighten students so that they themselves become teachers who inspire others around the globe.

KFSSI offers a variety of platforms for teaching:

These lessons are available in a multitude of languages, live or recorded.

Monthly convergence of knowledge researchers from around the world who share their experiences of Keshe’s science and technology.

Are available after registration and a minimum donation of €100.00. You can register here. Weekly meeting of advanced plasma scientists who present and discuss their work without limits.

The Manufactures of the Keshe Foundation are a gateway to develop a community dedicated to the world of Plasma. Through our existing products and workshops, we teach the ethics of peace worldwide and prepare each nation to become part of the Universal Community. The aim is for each country to have a factory.

At the moment there are factories in the following countries:

Ghana, specialized in decontamination and improvement of living spaces

Austria, specializing in work on the soul, ethics and peace

The Ethics of Peace

The goal of the Keshe Foundation is to provide humanity with technology that provides solutions to ecological, economic, social and spiritual crises – new technologies in exchange for peace. This mission was initiated and guided by Mehran Tavakoli Keshe, Iranian nuclear engineer; it is based on the free sharing of technology and the science of the universe. The Keshe Foundation operates under the leitmotiv:

Unknown and ignored by the current scientific community, Mehran T. Keshe in

2009 to 2011: has published three books: The Universal Order of Creation of Matter, The Structure of Light and The Origin of the Universe.

April 21, 2013: – announces the World Peace Treaty; broadcast live to 102 nations.
“From now on, as a citizen of Earth, I agree to deposit all tools of aggression and war. I decide never to think about getting involved or inciting war again, developing or using the tools of war on this planet or in space. I consent and I swear, body and soul. »

2014: Tests for nuclear decontamination in Fukushima by nanoparticles in cooperation with the Government of Japan.

2015: taught “The Blueprint Teachings” on the manufacture of Magrav units.

21 April 2015 – Inauguration of the KFSSI (Institute of Space Vessels of the Keshe Foundation). The head office is in Bari, Italy; it is a central hub for the propagation of Plasma technology.

April 21, 2016 – 1st One Planet One Nation One Race (1P1N1R) Conference for World Peace in Dubai and establishment of a Universal Peace Council.

July and August 2017 “Blueprint for Peace for Humanity

Organizations linked to the Keshe Foundation

Each member of the Universal Council represents a language.

Each member of the Earth Council represents a continent.

The “One Nation” identity card

More borders – one nation – where continent and language define our origin.
The “One Nation” identity card linked to the Keshe Foundation’s banking system will be integrated into a single card.