There are two categories of GaNS: The gravitational GaNS and the magnetic GaNS. The gravitational GaNS are connected to the physical realm and mainly used for medical and food applications. The most common of these are GaNS-CO2, -CuO and ZnO. The magnetic GaNS is used for energy and motion mostly in the form of H, H2 and H3. We could say that the basic GaNS are to be used for all applications inside the atmosphere of this planet, while the magnetic GaNS are to be used for the space technology. The simple reason for this is that in space hydrogen, deuterium and tritium are ubiquitous while the elements of copper, carbon, oxygen and zinc are confined to planet Earth.

That’s why for energy applications we better use the H, H2, H3 GaNS to cover the Magrav coils for example.

By Joël Ricard, article in the Plasma Times february 2019 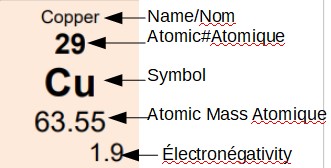 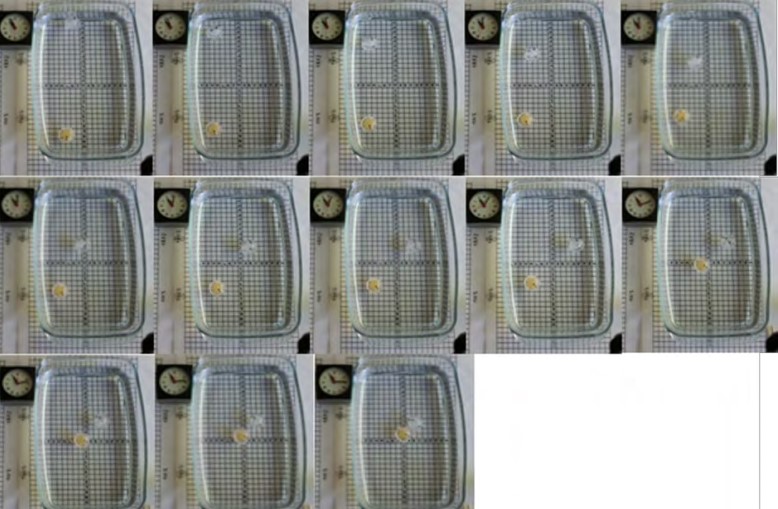 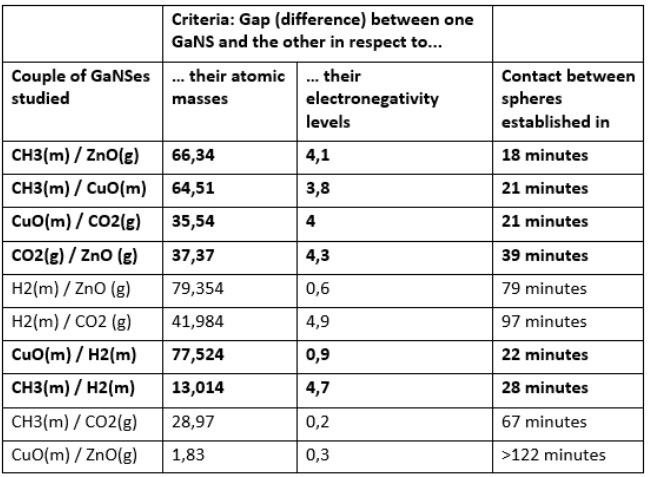 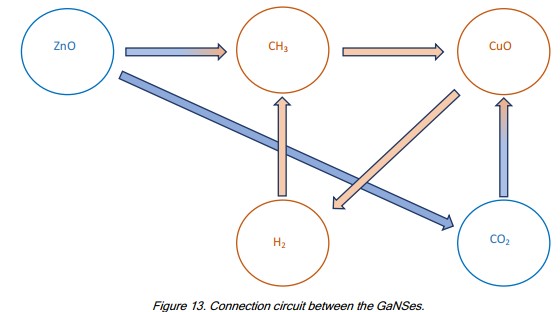 This study shows that:

By putting GANS material in the centre of ring magnet, you can amplify the magrav field of GANS, it’s simple and effective. I wondering why nobody tried this yet. You can even combine this with your health cup to pin point the way of energy transfer, to relief, strengthen or weaken specified part of the body. 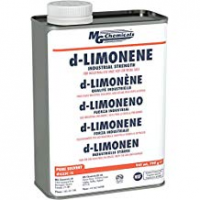 By Marc (Golden Age of GaNS)

We still have to find out the optimal proportions of the GaNS:d-Limonene mix in respect to the speed of drying.

What GaNS really is

When we produce GaNS-CO2 for example, we think wed’ll only the elements of carbon (C) and oxygen (O) in the GaNS at the end of the process. But when we analyse the product by spectroscopy*, we will suddenly detect the presence of many elements : Fe, Cu, C isotopes, amino acids… 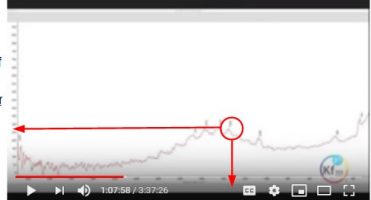 *Spectroscopy, primarily in the electromagnetic spectrum, is a fundamental exploratory tool in the fields of physics, chemistry, and astronomy, allowing the composition and structure of matter to be investigated at molecular scale, macro scale, and over astronomical distances. Important applications arise from biomedical spectroscopy in the areas of tissue analysis and medical imaging.

On the graph we see a curve with a multitude of peaks. The x and y value of every peak confirms the presence of a specific element. So if we know the magnetic and gravitational field strength of any element that shows up on the graph, we should be able to replicate it within the field ranges of GaNS-CO2 by tweaking a certain field strength that corresponds to element we want. 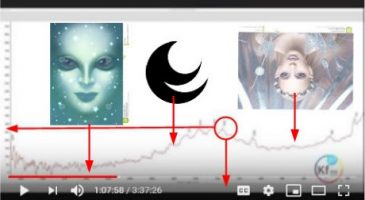 In the same way we can create the conditions for muscle tissue (to repair a heart valve) or nerve tissue (to repair paralysis). And as there really are no limits, we can also create portals which match the condition in which other beings of the Universe are living, thus attract them. And we can alter the structure/appearance of our own body to match theirs, so we can get to know them and communicate with them. The same portals can be used to get us to any place or people we wish to reach. These portals make spaceships already obsolete…

What does that all this mean?

By wanting to create one new matter (GaNS-CO2) we have actually created a multiple-matter. So we can use this new mulitiple matter to create any material that has it’s field strength contained in it. If we imagine the GaNS-CO2 as a multi-potential material, we can materialize any matter out of it according to what we need.

It is possible to use magnets to create a dynamic system that is able to influence or determine the force, structure or rotation of other fields. For example say we need oxygen insde the spaceship; how can we create this element out of the spectrum of our GaNS-CO2?

This is were the space technology stops being matter dependent and becomes field dependent. This demands an new definition of what matter is. Therefore we can better understand the creation of the universe on the field level. Leaving the material plane and understanding everything on the plasmatic field level seems to be the entrance ticket into the Universal Community 🙂

If we look into the functioning of our body, we see that it uses this knowledge since ever. For example there may be a lot of potassium (K, 39) available in our food, but our body is in need of zinc (Zn, 65) for the nervous system, so it creates a more magnetic environment to charge the K up to the Zn, which it needs. With the new field technology we can not only feed ourselves but also repair all deficiencies etc in the medical domaine; we can add Fe for iron deficiency for example or take away the excessive cholesterol. So our body really is a huge storehouse of all the information that we can use in order to understand and work with the new plasma field technology! 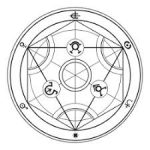 A proposal made by Jalal :

If you heat CH3 GaNS it becomes magnetized; when you expose a magnet to regular CH3 there is no such a reaction. When you then put a magnet under the heat treated GaNS-CH3, the centre shows a light field; this field is surrounded by magnetized CH3 particles. This happens because by heating the GaNS becomes stronger, emits stronger magnetic rays that interact with the inertia of the magnet to create light and heat. 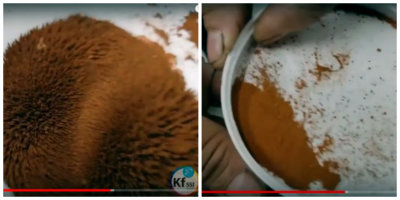 The same should happen if we transfer the information of our soul into the water using the Transplasma Cup. Then we make a GaNS-oursoul of it and put it in front of our soul… then the same light should appear as an aura. If you use different salts to create the GaNS-oursoul, you will see the soul in different dimensions.

By putting the CH3 through fire, the CH3 particles have been reduced to CH3 nano-particles in a matter condition. At KF Arizona, they did the same with H, H2, H3 GaNS. Subsequently these particles are mixed with regular GaNS particles and put through the blender to multiply the field strengths.

So you can create a plasma strength differential when you put the amplified GaNS opposite the regular GaNS.