The Creation of Life

How is life created on our planet? The process of creating life on Earth is done by the interaction of the sun’s plasma field with that of the earth. This interaction is determined by the position of the earth versus that of the sun. But the plasma of the earth is also linked, in a weaker way, to all the other plasmas in the universe – so there are many more interactions. Not all places in the solar system, which are different from the earth’s, will allow the creation of the same elements or forms of life as on earth. This is the main reason why in our solar system only the earth produces life as we know it.

The interaction of the earth’s fields with those of the sun first produces nitrogen (Nitrogen, N) in a plasma state; this occurs in the upper layers of the atmosphere.

Plasma nitrogen interacts with other fields in the environment. In this process, nitrogen can either receive an additional plasma charge or lose one. The decreased nitrogen field becomes carbon (C); the increased field becomes oxygen (O). Because C and O are created from N, they always remain linked to N. Hydrogen (H) is created – as a by-product – in the same processes. 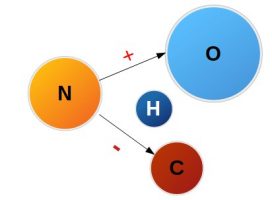 With carbon, nitrogen, oxygen and hydrogen we have all the elements necessary to create life on Earth: amino acids. 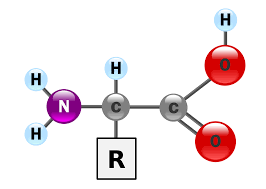 In the functioning of amino acids, each element plays its own role:

N – is the creator

C – is the communicator

H – is an energy donor

The number of combinations of C-O-H-N plasma with minerals is almost infinite. The best known are two amino acids that are very similar: chlorophyll in plants and hemoglobin in red blood. Both have the same molecule structure except that the centre of the blood is occupied by iron (Fe) and that of chlorophyll by magnesium (Mg).

The distribution of elements in plants and animals is similar, as can be seen very clearly in the following table.

We know that all living beings on earth are 96% amino acids. Once amino acids are created, they interact with different minerals to create the different structures of living organisms: