GaNS is a new state of matter; a molecule of a gas that appears in nano form in a solid state on a nano scale. GaNS is the abbreviation for Gas in a Nano Solid-state. GaNS production is not the result of chemical reactions; it is the result of the creation of a plasma field that later manifests itself in matter.

GaNS is the second step in the transformation of the material state into a plasma field state: 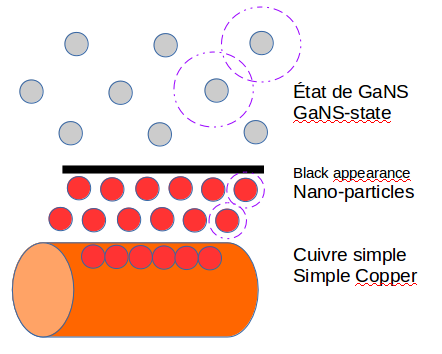 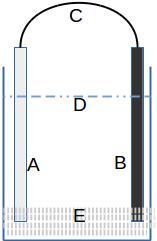 GaNS is formed by the interaction of two different fields in an aqueous saline solution. The diagram on the right shows the basic arrangement for GaNS production:

All this is in a plastic container that contains saline water in a 3.5-10% solution

A) A simple metal plate (zinc, copper or galvanized iron)

B) A coated nano copper plate

C) Connection between the two plates

D) Water level: the plates should not touch the bottom and their connections with the wire should be above the water level.

E) GaNS will accumulate at the bottom of the container

If electricity is not used, the GaNS formation process will take about three weeks. 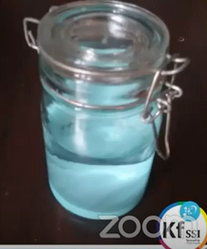 The GaNS sediments at the bottom of the container represent millions and millions of fields. Each plasma interacts with all other plasmas. But they also interact – at a lower intensity with all the other elements around them

We observe that the top of a leaf is different from the bottom. It is the amino acids that make the surfaces different. On the underside of the leaves corresponds to the zinc plate and is bound to carbon; this is where there are openings to the outside called “stomata” which allow the leaf to have an exchange with the atmosphere. The top of the sheets corresponds to the coated nano copper plate; it is bound to oxygen. The fact that each plant has different leaf shapes shows us that each plant creates another version of GaNS-CO2.

The steps in the formation of the GaNS 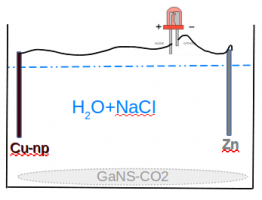 1. The production of GaNS comes from an interaction of two elements: a nano-coated copper plate (Cu-np) and a plate of another simple metal in a salt water environment.

2. In the GaNS-CO2 example, this interaction creates a new field that has the strength of carbon (C).

3. This C binds to oxygen (O) dissolved in water to form GaNS-CO2 (oxidation).

4. The interaction field that creates GaNS-CO2 grows over time and attracts other CO2 to the plasma level of the surrounding air.

5. Once the dissolved oxygen supply in the water is exhausted, an amino acid layer (COHN) is formed as GaNS production decreases.

Which GaNS is produced is determined by the difference between the atomic weights of the two metal plates. Atomic weights are found in the periodic table of elements. In our example of GaNS-CO2:

Zn has an atomic mass of 65

The difference between the two is 65-59=6; which is the atomic number of C

On the spiritual level, we have learned that at the centre of every element there is a “emptiness”, a space empty of matter but filled with energy – the seat of the soul of the element. It means that all elements have a soul. In the GaNS generation, the cores of the two elements, simple zinc and nano plated copper for example, combine to form a new core, a collective core of the GaNS.

We have four basic GaNS that are used in different applications in health, environment, agriculture, transport and energy. The following table gives you an overview of the four basic GaNS. 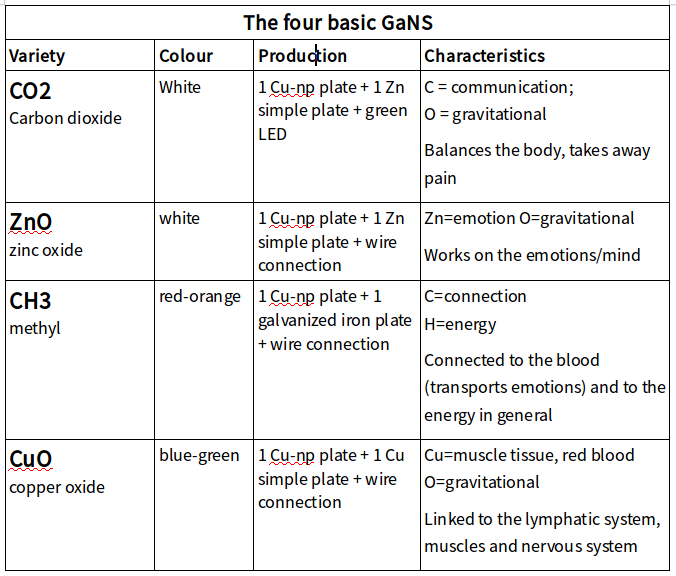