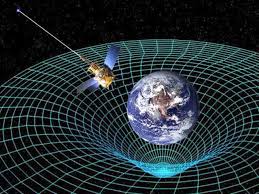 Gravitation, one of the four fundamental forces that govern the Universe, is the physical interaction responsible for attracting material bodies together. It is manifested in particular by the earth’s attraction that keeps us on the ground, gravity, which is responsible for several natural manifestations. Tides, the orbit of the planets around the Sun, the sphericity of most celestial bodies are some examples. More generally, the large-scale structure of the Universe is determined by gravity.

Gravitation is the set of all the fields created by the three components of plasma (Principal, Transition and Matter). Gravity is the gravitational field minus the magnetic field.

Plasma science extends the conventional definition by adding that gravitation is the result of the interaction between two or more plasmas or magnetic rays with their respective three components (Principal, Transition and Matter). Two plasma entities interact, repel and attract each other to find their own positioning. MaGravs forces, i. e. magnetic and gravitational forces, participate in these interactions.

Gravitation is the result of the interaction of plasma fields. As we have learned, nothing exists without plasma fields. Before that it was one of the mysteries of creation!

Gravitation also explains magnetism very well; iron is attracted by a magnet because the magnetic force of this magnet is equal to the gravitational force of iron.

We can also see the same gravitation that plays in the creation of GaNS-CO2 for example. When GaNS-CO2 is produced, the zinc plate (Zn = 65) creates with the nano plated copper plate (Cu-np = 59) a magnetic force equal to the gravitational force of the carbon (65-59=6=C). So we create a magnet for the carbon. C is attracted, binds to the O2 contained in the water and thus forms GaNS-CO2.

One way to visualize the effects of plasma interactions is through the experience of electrostatic charged bullets. This experience is proposed by Bruce Yeany. Here we can very well observe the interplay of magnetic and gravitational forces in a fast dance.

The play between gravitational force and magnetic force can be observed in other examples: 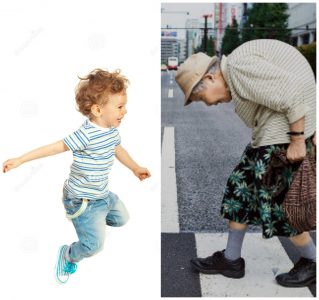 In another context it is said that small children have more levitation force (magnetic force) because their body is composed of 75%+ water. And in an old person the percentage of water decreases to 65%; it also sees its levitation force decrease. One could say that the gravitational force of the earth becomes stronger and stronger in relation to the magnetic force of the person and his soul (head) gets closer and closer to the ground; while a small child is much more in the areas.

Probably this is not just the symptom of aging. The child has no or very few limits by these beliefs, he lets his body simply act… when we grow up, we adopt many beliefs that we live under the influence and dictatorship of matter, our body… more than we believe to be subject to material gravitation, moreover we curve towards the earth; it is like a slow submission…