Understanding the conventional in a new way 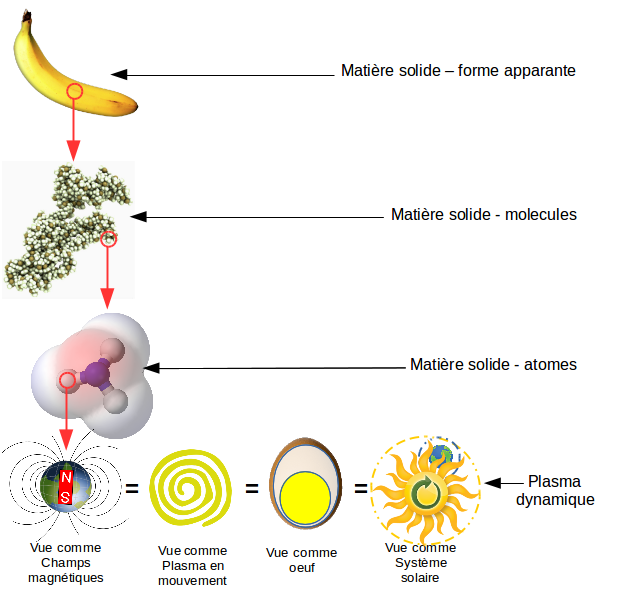 Conventional physics tells us that plasma is the fourth state of matter after the solid state, the liquid state and the gaseous state. But we will see that plasma seems to be the condition of all matter before it manifests itself. In this sense matter is a state of Plasma and not the other way round.

Like all other sciences, physics remains attached to matter, limiting itself in its ability to see beyond it. That’s why it claims that plasma is just another state of matter!

We must realize that it is only on Earth that we find this propensity of materiality; in the Universe in general matter is rather rare. In the Universe, souls use emotion to express themselves and to satisfy their needs through gravitational and magnetic fields. It is only on Earth that the soul seeks to satisfy its needs through emotions through the physical incarnation – the body.

There are therefore 3 states of matter: solid, liquid and gaseous and there is a transition phase towards the immaterial: Plasma. From the perspective of the Universe where Plasma reigns, one could say that matter is only a state of Plasma!

Nothing exists in the Universe without a magnetic and gravitational field. Magnetic fields look like small magnets that rotate very quickly and resembling a ball. The magnetic forces leave the N pole of each ball and enter this ball again through the S pole, becoming gravitational fields.

The magnetic fields then meet other fields belonging to other plasma. Like magnets, they position themselves relative to each other without physical contact, only by their magnetic and gravitational forces. 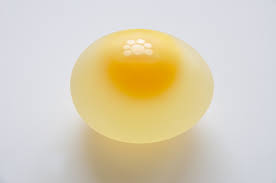 Using the image of the egg, we can say that plasma is at the centre of all material things. If we remove the solid material layer, only the plasma remains. You can see this when you leave an egg in vinegar for a week – the shell of the egg (the material part) disappears and there is only one bouncing ball left that contains the egg’s white and yolk. Since everything material is composed of thousands and thousands of molecules, it includes thousands and thousands of plasmas. The connections are dynamic because the plasmas are maintained by the constant flow of magnetic and gravitational fields from one plasma to another…

There are many ways to imagine Plasma; and each version brings another aspect of Plasma into focus:

Each plasma particle is a mini-sun, a universal and unlimited source of energy.