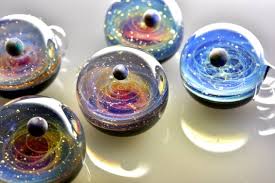 Two or more Plasmas can interact if they are of compatible strength; if their energy gap is too large, they do not interact. They are too different; they don’t ‘see’ each other.

The fields that emerge out of the plasma poles interact with the fields of other plasmas. Attracting fields give gravitational forces; repelling fields are magnetic forces.

When these two forces are in balance, a new plasma is created. It can be compared to a transparent sphere (see picture) that contains a whole universe. 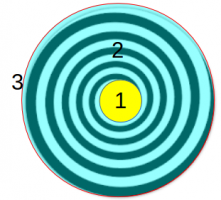 Each of these plasma balls have a centre that is called Principle (1), it is the mother or the soul. Around it we find the Transition (2) which covers the distance between the centre and the periphery. And the periphery of the ball constitutes the Matter (3).

The forces emerge at the centre, pass through the transition to become matter at the periphery. In the example of the egg: the yolk is the Principal, the white the Transition and the shell the Matter.

A proton and an electron behave like a mother with her child – the child is always in free motion but at the same time remains in the mother’s gravitational field.

The combination or interaction of different Plasma creates the sequences from the smallest things to the largest: electron > atom > molecule > cell > organ > living being > planet > solar system > galaxy > universe > omniverse.

But it also creates all the kingdoms or dimensions of the Universe that we know. These kingdoms are formed in 6 steps: 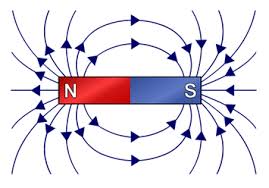 The interactions of Plasma by their Magrav fields are relatively easy to understand when we look at a magnet:

Each magnet has an N pole and an S pole. The magnetic rays leave the N pole and the gravitational rays enter through the S pole. 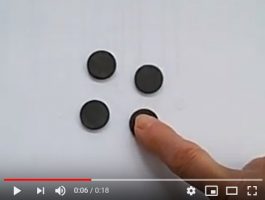 Watch this video. By placing three magnets on the table, we dictate the interaction of the fields and they will almost immediately find their position in relation to each other. If we bring a fourth magnet closer, all the magnets will interact – that is, each of the magnets will move to find its balance with the others. In the example of the magnets on the table, this process is quickly completed and the magnets will stay in place until another one moves between them… and all the others will naturally reposition themselves to restore the said balance. The distance between magnets is determined by their respective magnetic forces.

On the other hand, in the field of plasma or living organisms, interaction and positioning are dynamic, which means that the movement never stops. A good example is our solar system. The planets are in a perpetual motion to restore their equilibrium at every moment. 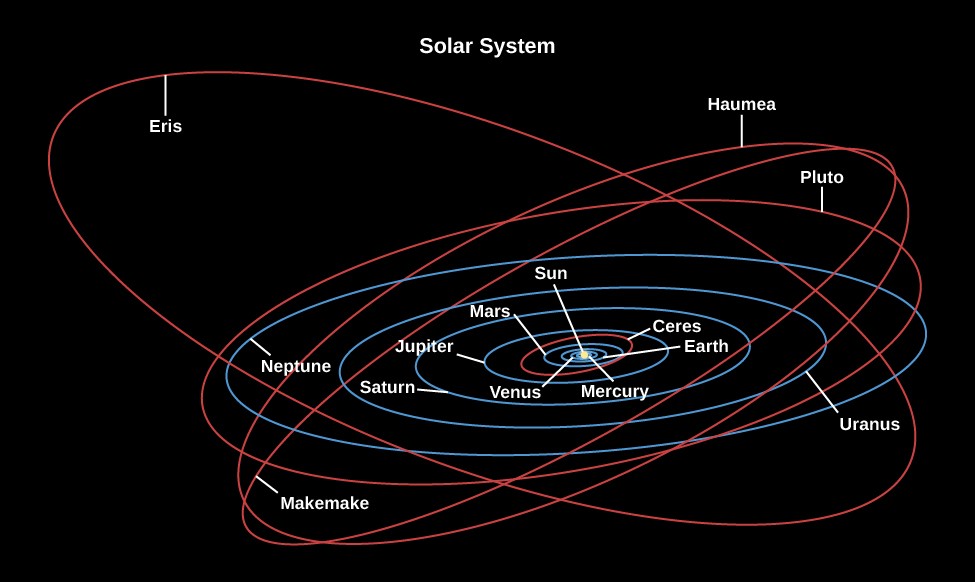 The following image shows all the interactions that occur when 2+ plasmas meet:

1. Fields leaving the N poles enter the S pole of the other and into their own S pole. This creates an attraction.

2. At the same time, the fields of the two poles N and two poles S repel each other. 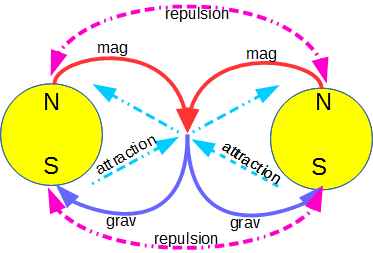 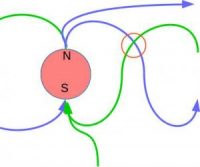 We see on the image that magnetic fields leave the N pole; from the point of intersection (red circle), they move towards the S pole; at that moment they are called gravitational. The notions of gravitational or magnetic are relative; it is our position as the observer that determines whether a field is called magnetic or gravitational.

On the Plasma level, there is always a multitude of fields that interact and the mode of interaction determines the quality of the field. For example, if one input (N) interacts with another input (N), a magnetic field results; if two outputs interact – also a magnetic field; if the two are different (N,S) a gravitational field results.

The main characteristics of plasma interactions are as follows: