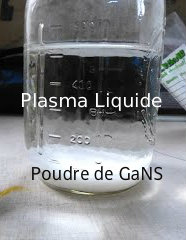 As you can see, there are two parts of the content in a GaNS ja: the GaNS which is sedimented at the bottom of the container and the Liquid Plasma (LP) which is the clear liquid above the GaNS. For health applications, we only use the LP – never the GaNS itself.
To collect the LP, you can use a syringe. Then fill the container again with distilled water and stir it vigorously to thoroughly mix the distilled water with the GaNS. Before taking the new LP, the GaNS must settle; wait 12-24 hours for this. The LP contains the magrav fields of the GaNS.
In order to transfer the qualities of GaNS into water we use the memory of water. This has been described in the works of the Japanese scientist Masaru Emoto.
Wikipedia on Emoto:

Masaru Emoto, an author, researcher, photographer and entrepreneur, who claimed that human consciousness has an effect on the molecular structure of water.
Emoto’s experience with water crystals consisted in exposing water in a glass to different words, images or music; then this water was frozen. Then the water formed crystals that showed aesthetic properties that he took a picture of. Emoto claimed that water that was exposed to positive words or intentions produced pretty and pleasant crystals; while water exposed to negative energies produced either ugly crystals or no crystals at all. 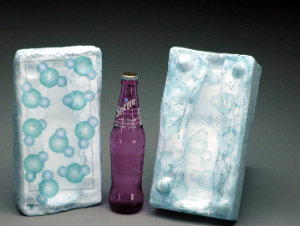 The water memory can be explained by an object (like bottle) and the mould we can make from it. The bottle represents any substance that is introduced into the water. The mould are the water molecules grafted around the substance. Once the mould is finished, the bottle can be removed without losing its shape or structure. The same happens when the substance is removed from the water by filtration: the ‘mould’ formed by the water molecules remains intact. They keep the form, structure or information of the substance in ‘memory’. This phenomenon is caused by electromagnetic forces in the water

If you have GaNS, you can multiply the Liquid Plasma to infinity.

The characteristics of GaNS 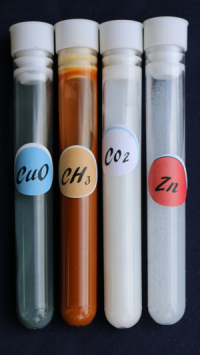 You can dry GaNS in ambient air. Dry GaNS is not used for medical applications. The original liquid GaNS are flexible and can be re-positioned. Dry GaNS particles no longer dissolve in water; they become inflexible. Dry GaNS is only used in energy applications, such as Magravs and Capacitors.